The ‘Rath’ in Rathmichael

On Saturday, 23rd April 2022, Rob Goodbody was leading a walk for members of Rathmichael Historical Society to the ‘Rath’ in Rathmichael and even though our membership had lapsed, we were tempted back by this intriguing prospect.

We had only ever gone to talks at the school house, just a turn off the long and syncopatedly red-lighted N11 so that the hidden countryside beyond was a new and total wonder to us.

Here we were, in glorious blue-sky sunshine, on a shady little boreen full of flowers and birdsong which, Rob told us, was a still-surviving part of an ancient roadway – now truncated by Rathmichael Road – that used to link the Rathmichael Monastic Site with the other early Christian-era monasteries of the area.

Rathmichael Monastic Site, with its remains of a round tower and beautifully decorated grave slabs had evidently been a very important monastery. It was founded by St Comgall of Bangor in the 6th century but its later history and even its name has been obscured under layers of Viking and Anglo-Norman occupation. Part of the old cashel wall still survives.

Our boreen stopped at the locked gate of a farm and, despite the ‘beware of the bull’ sign, we followed Rob and climbed over. Luckily we were wearing hiking boots as it was about to get even more adventurous when we had to go through a short but very wet and swampy area. However, nobody got stuck in the mud and needed a piggy-back and we continued onward and upward to the Rath itself.

This is a really big Rath with a marvellous panoramic view over a vast area – out to sea over Dalkey Island and Killiney Hill to the north and Bray Head and the Little Sugar Loaf and sweeping around to the Dublin Mountains to the south and west. To our surprise, Tony and I found ourselves just below the Ballycorus Lead Mines with which we are very familiar, but we get to it from the other side.

We came down by a different pathway and came to the 12th century granite cross which has a crucified Christ figure on both sides. This is the Fassore Cross which used to be the Tarmon Cross at the entrance to the Rathmichael Monastic Site.

From start to finish, this was a delightful and very pleasurably sociable tour – so very welcome as we emerge from Covid isolation. Rob, as ever, enriched us all by generously sharing his extensive knowledge and lore. And, we discovered (shhh, don’t tell) that we can get home to Rathgar by a shorter and much more pleasant route via Kilternan. 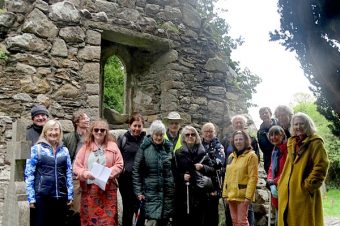 On Sat. 23rd April 2022, Rathmichael Historical Society celebrated not only its 50th Anniversary, but... Read More 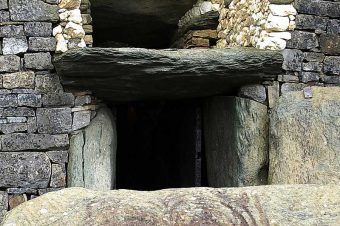 On Sat. 14th May, our outdoor programme of events planned for this Summer continued, in... Read More 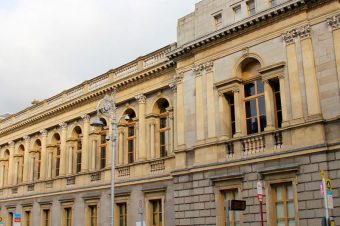 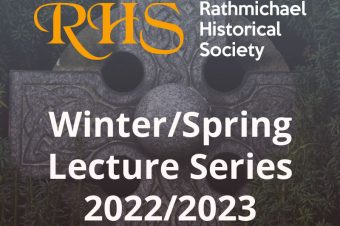 Rathmichael Historical Society is delighted to announce that this year’s Winter/Spring Lecture Series 2022/2023 will... Read More 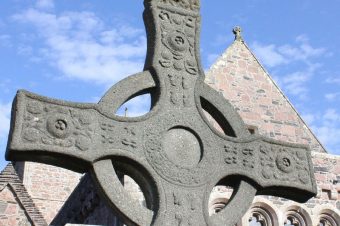 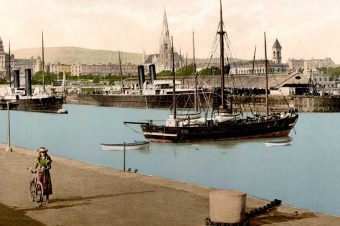 In June 2022 Rathmichael Historical Society members will have the opportunity to avail of a... Read More

Rathmichael Historical Society use cookies on our website to give you the most relevant experience by remembering your preferences and repeat visits. By clicking “Accept All”, you consent to the use of ALL the cookies. However, you may visit "Cookie Settings" to provide a controlled consent.
Cookie SettingsAccept All
Manage consent

This website uses cookies to improve your experience while you navigate through the website. Out of these, the cookies that are categorized as necessary are stored on your browser as they are essential for the working of basic functionalities of the website. We also use third-party cookies that help us analyze and understand how you use this website. These cookies will be stored in your browser only with your consent. You also have the option to opt-out of these cookies. But opting out of some of these cookies may affect your browsing experience.
Necessary Always Enabled
Necessary cookies are absolutely essential for the website to function properly. These cookies ensure basic functionalities and security features of the website, anonymously.
Functional
Functional cookies help to perform certain functionalities like sharing the content of the website on social media platforms, collect feedbacks, and other third-party features.
Performance
Performance cookies are used to understand and analyze the key performance indexes of the website which helps in delivering a better user experience for the visitors.
Analytics
Analytical cookies are used to understand how visitors interact with the website. These cookies help provide information on metrics the number of visitors, bounce rate, traffic source, etc.
Advertisement
Advertisement cookies are used to provide visitors with relevant ads and marketing campaigns. These cookies track visitors across websites and collect information to provide customized ads.
Others
Other uncategorized cookies are those that are being analyzed and have not been classified into a category as yet.
SAVE & ACCEPT
Powered by